From the old photo, Madison Brown grins brightly, her effervescent smile outlined in bright red lipstick. Next to her, in the identical bold shade, her grandmother, Ora. It was an epic day. Her beloved Ora had come in for the weekend to soak up her three grandchildren and she had a big afternoon planned for little Maddie. 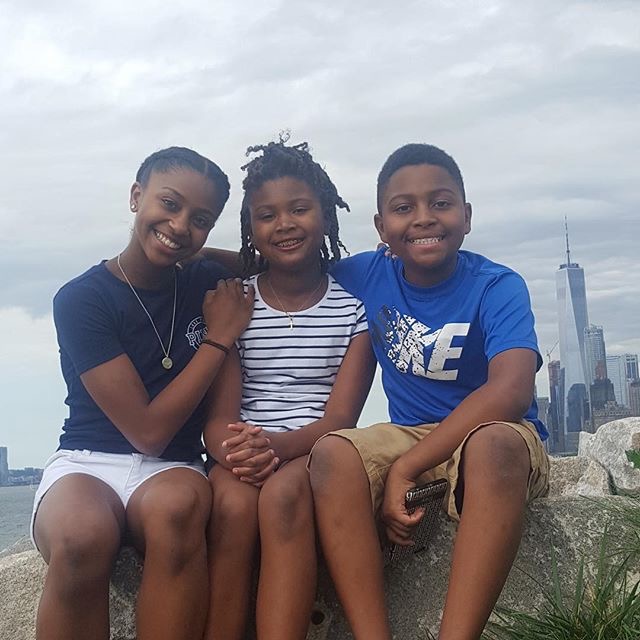 “Let’s get dolled up!” she said to her oldest granddaughter. For the next few hours, Ora poured all her “girly” knowledge into the 7 year old; decades of wisdom passed down in one heartfelt bedroom party. There was a dress up session, a hair mini-camp and of course a make-up tutorial. It would all prove useful later that night when Madison danced in one of her very first recitals… the performance that changed the course of her life.

On that stage, the youngest dancers did what they usually do, looking helplessly to the wings for their teachers. But there, front and center, was one little girl moving through each step with unusual joy, confidence and grace. After the show, countless parents approached her family. “I couldn’t take my eyes off her”, many gushed.  “She has a gift!” others added.  And there to take it all in, was Ora.  It was a perfect evening filled with so much pride and promise. Two days later, Ora suffered a massive heart attack. Maddie’s biggest fan was suddenly gone. 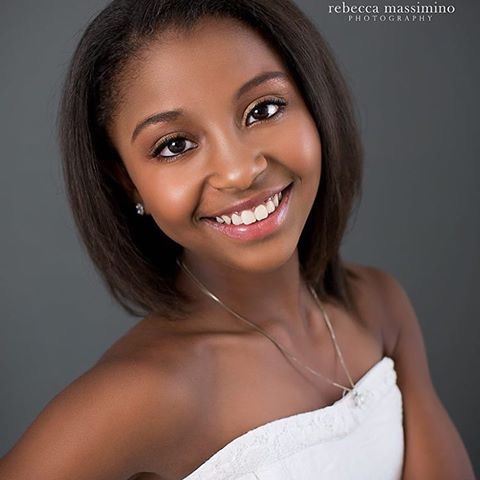 “I do believe, that night, my mother was thrilled,” remembers Redick Brown, Madison’s father.  “To know she had that memory, you couldn’t put a price tag on that. You couldn’t story book it.”

The effect on Madison was profound as well. “Pretty much every time I dance, every time I compete, I dance for Ora, Grandma Ora”.

Soon after, Madison’s ballet teacher pulled her parents aside, “Next year, you are going to outgrow us,” she selflessly told the family. “We can’t take you to where you need to be.” Madison moved to  Lents Dance Company in Boca Raton, Florida and began competing. 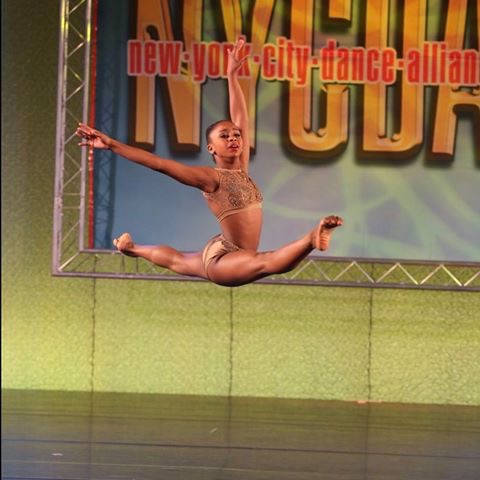 Her success, like her energy, was dazzling. That first year, she won a national title at New York City Dance Alliance. She was only 9 years old and one of the youngest mini’s in the room.

“I have a drive to compete,” she explains. “I hate losing. I believe you win when you’ve done your best.”

That drive propels Maddie to train six days a week, 8 hours a day. She has every stretching apperatice known to mankind. This year, she even changed her diet… on her own.

“A lot of kids you have to push,” muses her father, a former three sport athlete himself.    “She pushes us. We have to regin her in. She wants to go-go-go!”

Where Madison ultimately wants to go, is the American Ballet Theatre as a Principal Dancer like her idol, Misty Copeland. “I can see myself doing that,” smiles the straight  A student.

Indeed, like most other young dancers currently experiencing success in competitive dance, ballet is the focus. This year, Maddie will be home schooled for the first time in order to fit more ballet training into an already busy schedule. Prestigious schools around the country are taking notice and offering scholarships.

There may be a time when the 13 year old will have to choose between her two passions; competitive dance and ballet, but for now, she is balancing both with her signature grace. For a week this summer Maddie woke up early to study as a National Training Scholar at the American Ballet Theatre in New York and then raced over to a Times Square hotel to compete for the title of Outstanding Junior Dancer at NYCDA. It was a grueling schedule and by the night of the gala, Maddie was all nerves.

“My heart was beating a million miles an hour,” confessed the 7th grader. One by one judges narrowed down the finalist until there was just Maddie and another talented dancer clutching hands on stage. For the second time in just 4 years, Joe Lanteri called her name.

“When I heard ‘Madison’, I just started crying. I was overjoyed! I still can’t believe it!”, beams the humble 7th grader. 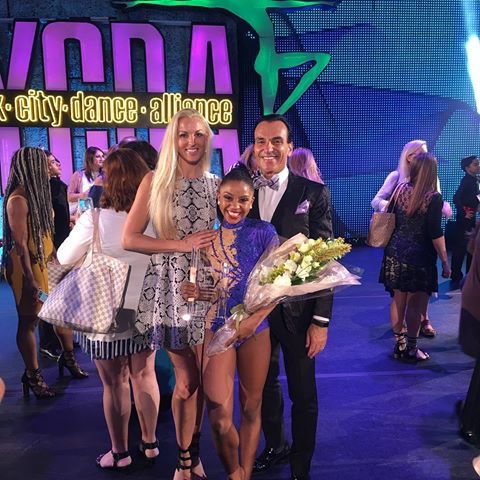 “I think she would be really proud that the little girl she taught make-up to turned out awesome. I am really happy she got to be a part of it,” says Madison, fighting back tears. “I think she is flapping those angel wings faster in heaven so I can fly higher.”