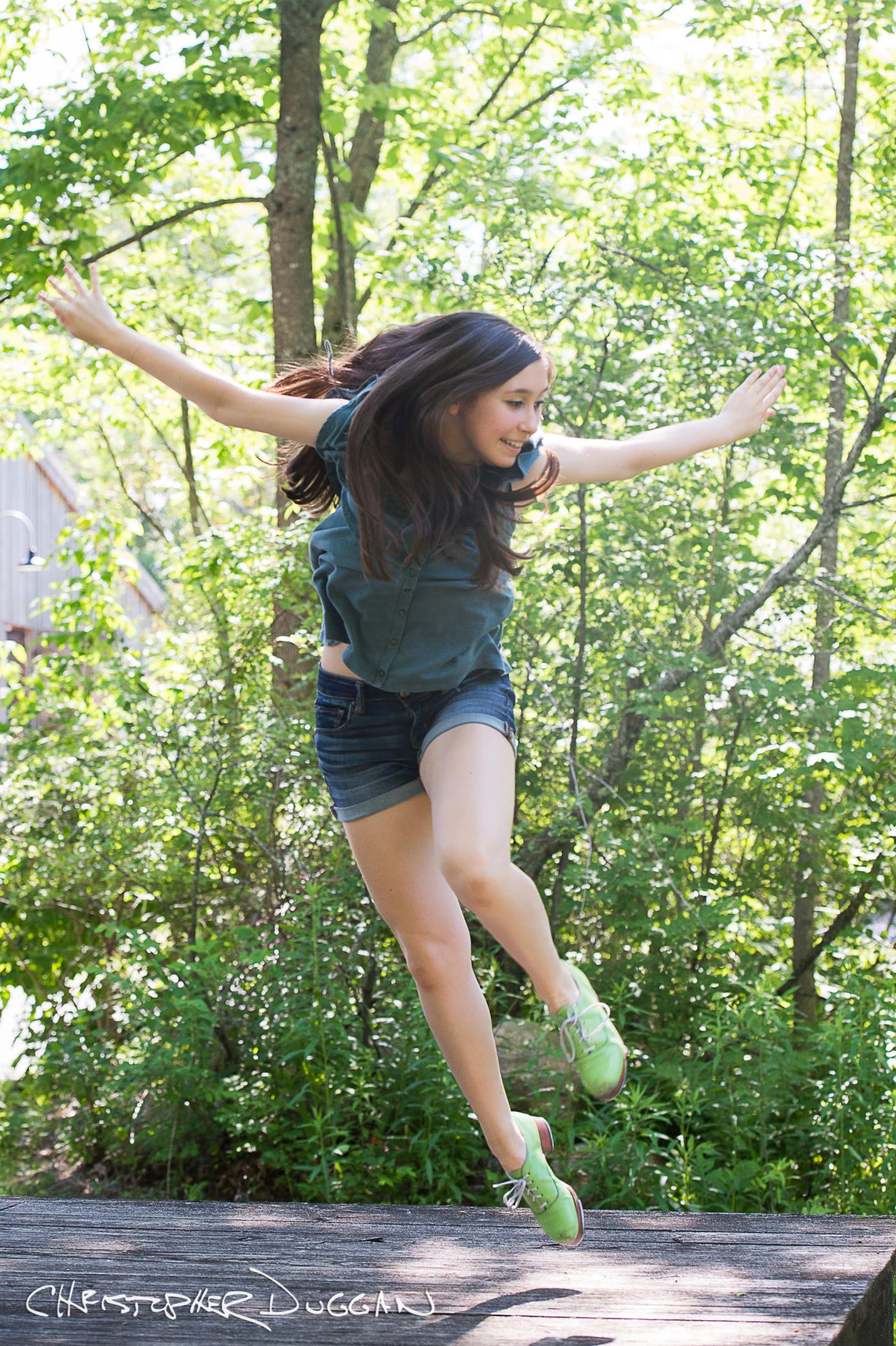 A mother and father take turns lifting their young daughter off the ground and then lowering her back down again. Up, down, up, down. First, her tiny toes stomp the floor, feeling the pressure. Then, it is her heels’ turn. Toe, heel, toe, heel. Again and again. This is sensory integration therapy for a two year old diagnosed with mild autism. This is also the unexpected beginning of an already brilliant tap career.

“It’s something I knew I was meant to do,” proclaims Sydney Burtis, now 17. “I don’t know how else to describe it. Everything about it has been so transforming for me.”

“Sydney was on the very low end of the spectrum,” remembers Sydney’s mother of her very bright little girl.  “She didn’t have a lot of the issues but at the same time, she had some very challenging ones,” adds the former preschool teacher. “Sydney was non-verbal and non-social. If we went to a play group she would be in a corner by herself,” recounts Naomi Burtis. 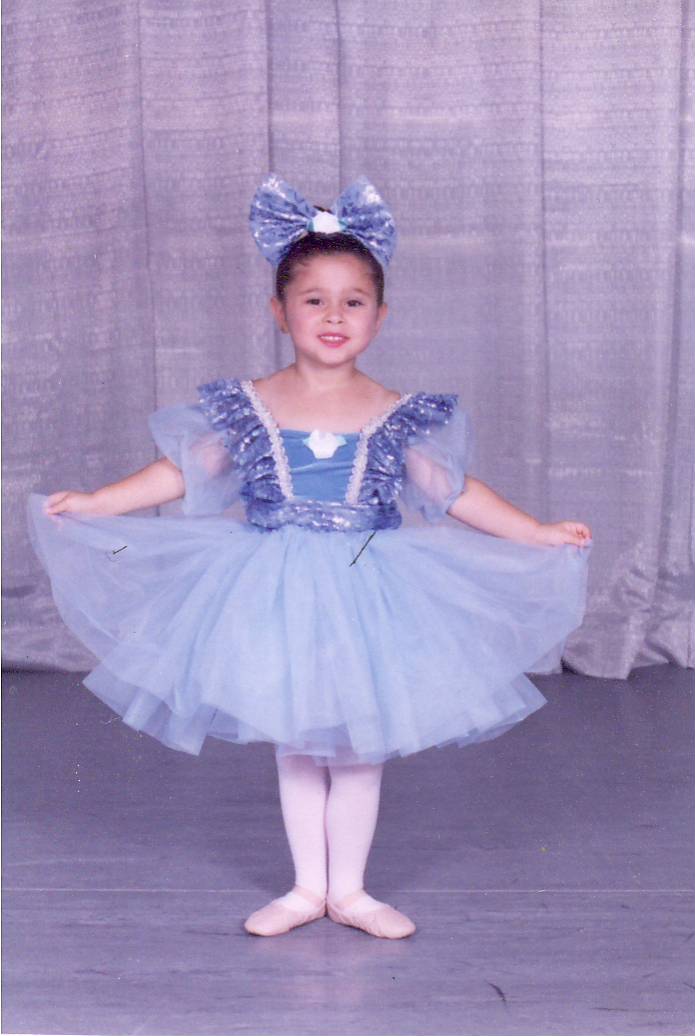 Because Sydney craved quiet, her mother thought a ballet class with soft music and a small group of children might provide the perfect environment. At the age of three, Sydney entered her first class with teacher Judy James in Kissimmee, Florida.  All was fine until that first recital. While the other little ones danced, Sydney stood on stage, with the spotlight on her, completely immobile. Her tiny hands attempted to hide her face as the sobs continued.

After this gut-wrenching debut, Naomi reached out to doctors. The experts cautioned that perhaps her daughter would never become a performer. The following year, Sydney put on her first pair of tap shoes.

“From the second I put my tap shoes on, the rhythm engulfed my body,” recounts the now high school senior. “They helped me come from a place that was very quiet to one that was more outgoing. The moment I put my shoes on my whole world changed. I couldn’t imagine doing anything else with my life.”

Sydney certainly could not have imagined what would happen a few years later. Renowned tapper, Danny Wallace, saw something special in her. He took this precocious dancer under his wing, exposing her to swing, rhythm and the history of tap. 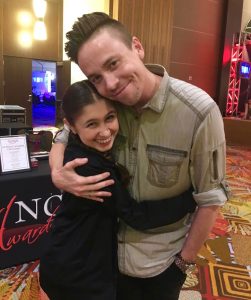 A whole new world began to open and Sydney hungered for more. She began seeking out other teachers and choreographers to help her grow like Sarah Reich, Michelle Dorrance, Derick Grant, Anthony Morigerato, Nick DiNicolangelo, Caroline Lewis-Jones and more.

However, it was the desire to take more classes from Wallace that brought a charismatic 10 year old to her first New York City Dance Alliance Nationals.

Whenever possible, NYCDA holds auditions for Broadway shows. This particular season, the casting was for Billy Elliot the Musical. Sydney put on her neon colors and flower barrettes and joined the hundreds of other young dancers for the audition. She thought nothing more about being cast… until exactly one year later.

“I was screaming and crying when my mom got the call,” Sydney remembers. “I kept staring back at my mom as she was nodding her head. The people in the store where we were must have thought I was insane. It was a moment I will remember for the rest of my life!”

Billy Elliot was her favorite show before joining the cast, and the connection with it only grew as she was surrounded by adults who treated her with respect and kids who became her friends. The little girl who was once too shy to leave the corner of a ballet class, was now performing in front of thousands each night and loving it. 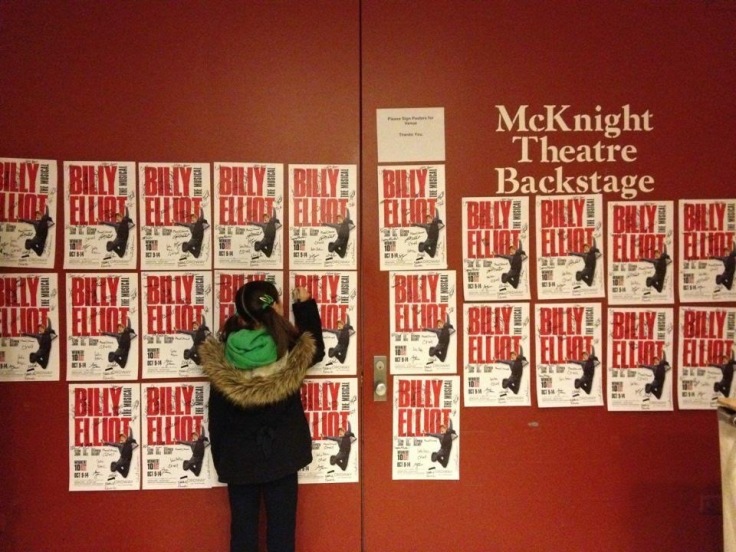 “Typically, when I perform at conventions or tap festivals, I am dancing in front of people I know like friends, family and mentors. When you’re performing on a national Broadway tour stage, the crowd is coming to see a story. It is an indescribable feeling to know I was a part of something so big. Just being a part of that story is something that is truly beautiful.”
For seven months, Sydney toured the country as ballet girl, Keeley Gibson. The schedule was grueling. The young actors in the cast woke up early to do their school work in the hotel and before they knew it, it was time to start getting ready for the show. Six days a week and twice on Saturday and Sunday, this was the routine, often returning to the hotel after 11PM. 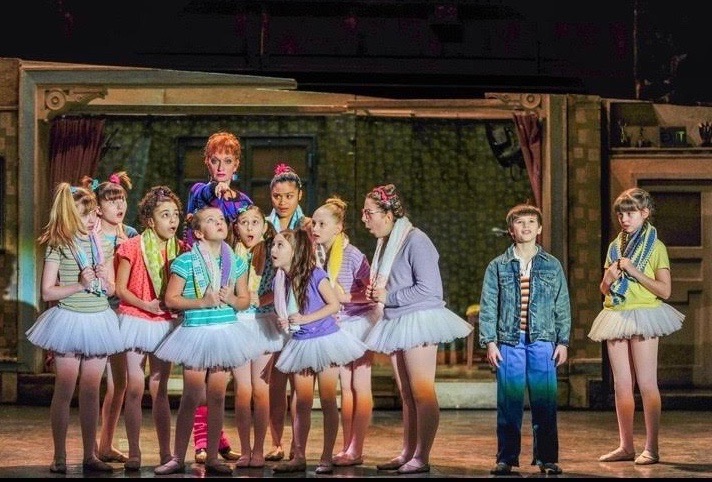 “They were wired when they would come back,” remembers Naomi of that whirlwind time, “and they would run around the hotel, play hide and seek, play card games, and watch movies. That was their playtime. They didn’t get to bed until one in the morning.”
While the demands of a national tour left little time to be a child, that was not what Sydney missed most. She missed dance, especially tap. Although the show asked Sydney to continue on by signing another contract, she said goodbye to the theatre family she had grown to adore.

“It was really special to be a part of,” Sydney recalls, “I guess it was everything I could have dreamed of and more. It was a dream come true.”

But other dreams were calling the young teen. She had heard of “The School at Jacob’s Pillow,” and vowed to one day to gain admission into their tap program. She now calls that experience one of the most magical in her life. Sydney’s desire to share that joy with others let her to create and co-found the Orlando Tap Festival along with her ballet teacher, Marshall Ellis. She further spreads that love by joining Dinicolangelo to perform each year at a tap intensive called “Syncopate”.

However, this driven student always seems to be setting new goals. She aspired to become a Young Arts Finalist and was selected from thousands of talented applicants for that distinguished honor last year. This year, the honor went even further. Sydney is one of only a handful of students nominated as a Presidential Scholar in the Arts. Still she keeps pushing to become better.

“It makes me happy. You are creating rhythms in your head if you’re a tap dancer. That’s just what we do. My tap dancing doesn’t stop because my tap shoes aren’t on.”

Through it all, however, are the stages of her favorite dance conventions where she is rapidly becoming a legend. Earlier this season, Sydney achieved what few ever have: a perfect score of 300 at Adrenaline. Now, as she walks through the halls of this world filled with contemporary and lyrical dancers she is often approached, “Are you the tapper?” they ask. “Yes”, Sydney responds with her welcoming smile.

“That makes me feel very excited and grateful that people are able to recognize me by that,” Sydney gushes. “I feel like it’s difficult for teens to come up and say, “Hi”, so it means a lot to me to hear them say, “Oh my gosh I loved that!”

“She’s just such an incredible kid who loves making people happy. She wants the world to love tap dance and gives everything she does 110 percent,” adds her mom.

Now, this near graduate is literally packing her tap shoes and heading directly into her dreams. Sydney’s long time goal has been to continue her studies at a university in New York City.  She just got word she was accepted into Pace University’s Commercial Dance and Honors College. After this exciting chapter, tap remains very much in her future. Sydney aspires to some day join a company owned by one of her mentors and one day, create a company herself. 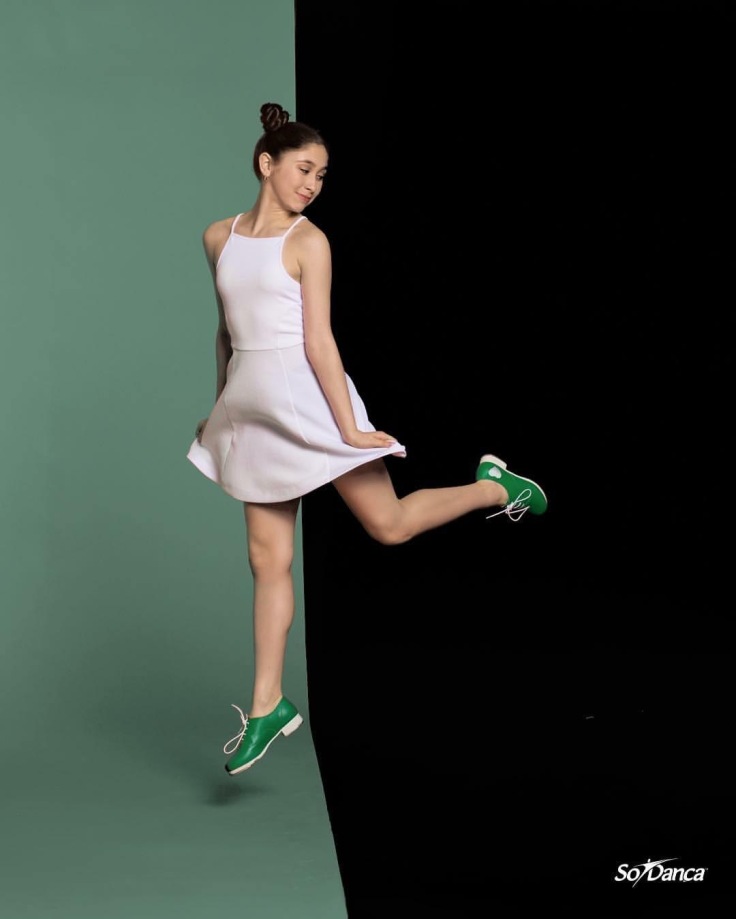 Sydney’s parents have watched almost every step of this adventure with great emotion and pride. Some were carefully choreographed and others formed beyond anyone’s control. However, like a perfect riff, they have all come together to create the perfect dancer.

“She has had a tough journey,” her mother says, moved to tears. “A  lot of people don’t know how rough the therapy was. It was not an easy road for her or for us in the beginning. To remember all that she went through, to what she’s done now, is incredible.”

“This is what I was meant to do and I feel like I was brought here for tap dance,” adds Sydney. “That’s why I’m here. That’s why I breathe. It has helped me become who I am.” 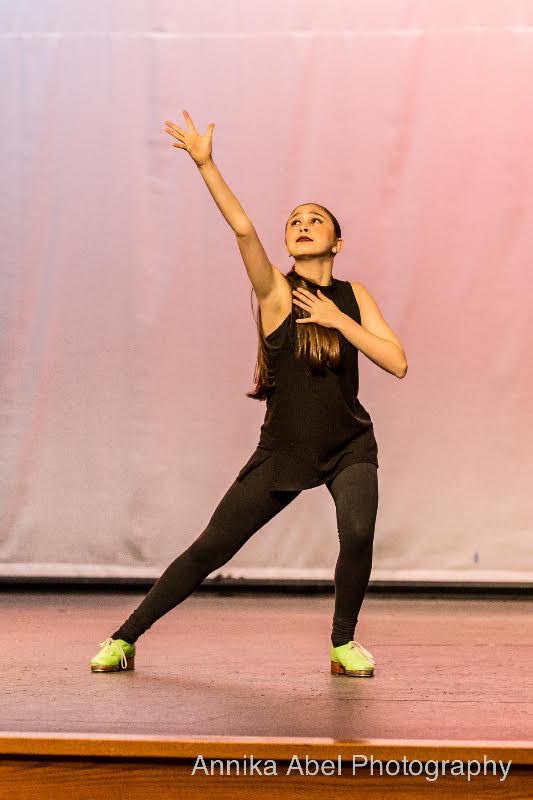